Balancing Health and the 2 Universal Forces 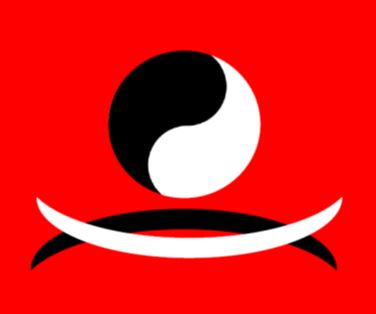 The chinese (who have previously been admired for their level of vitality and their philosophy on life) have been practicing the art of balancing their health for thousands of years. One example is the concept of Tai Chi, literally meaning 'two forces' which acknowledges the existance of two universal forces which govern our universe. They are Yin and Yang. Ancient buddhist monks recognised that either one of these two forces could not exist without the other and that in order for life itself or optimal health to be achieved there must be a balance of the two.

YIN - The female force of the universe

YANG - The male force of the universe

In terms of our efforts in the gym and more importantly our overall health, the benefits of balancing the two forces is most apparent in clients who find a way to work hard (yang) and rest hard (yin). In my experience, those who find a balance between working out (exercise) and working in (recovery) get the best results ! The cool thing about finding your own balance is that you don't have to be rigid about your health regime, you just need to be intelligent about it, listen to your body and respond accordingly. Most of us exercise to feel better, look better and to reduce the chances of illness or disease and therefore we don't need to be totally strict about how we live our lives. All you really need to do is recognise when your body is too yin or too yang, then balance your diet accordingly, eat the right foods in the correct proportions for your own metabolism, train hard but then also allow your body to recover fully in order to progress.

What I find most interesting about this concept is how the two forces strongly resemble and correlate with our own autonomic nervous system which governs all of our subconcious body functions.

We have one branch of the nervous system called the Parasympathetic which is responsible for activating the organs and glands (e.g. digestive system) which help us draw energy into our bodies and regenerate or build.

And then we have the other branch of the nervous system, the Sympathetic, which is responsible for activating the organs and glands (e.g. the muscles) which help us utilise energy, particularly when stressed or in some kind of survival situation.

Fight or Flight (working out)

If you're not in perfect health ...

Then chances are your body is out of balance !

The question is "Are you too Yin, or too Yang" ? And therefore "what should you do to create balance" ?

The concept of balance is an important one within health. The problems occur when you're out of balance. The hectic modern world has led most people to become too yang:

These are just a few of the common causes of Physiological Load. When mental, physical, emotional and spiritual stress cumulates, physiological load can become excessive, we become too yang and we overly activate the sympathetic side of the autonomic nervous system.

In order to be able to explain the problem with being too yang, we need to consider the autonomic nervous system and examine the effects of overactivating the sympathetic branch and thus surpressing the parasympathetic.

The sympathetic nervous system (SNS) activates the fight or flight response and is responsible for shunning the blood back to the muscles, the adrenals pump out the hormones cortisol and adrenaline, a breakdown of tissues occurs and they are converted into blood sugar for immediate burning as fuel for survival purposes. The SNS creates a catabolic state which means everything starts to get broken down (by cortisol), muscle building becomes impossible and the body clings onto its fat stores because its in survival mode. This is not good if you want your time at the gym to count for anything. Worse still, if you find yourself spending the majority of your time in a catabolic, fight or flight, overly stressed state for a number of years, you can guarantee its only a matter of time until your body starts to become self destructive. You could say that the SNS is not meant to be used for long periods of time, its meant for short bursts, to fight or flight. When you see the immune system (parasympathetic) surpressed for an extended period of time and the body relies on the adrenaline and cortisol for say 20-30 years, you often find that a client's adrenals become fatigued and they become very ill. We've all seen friends and colleagues become unwell once they've retired.

Remember, the effects of an excessive physiological load are twofold: Not only does it over-activate the sympathetic nervous system and trigger the stress response or survival mode, but it also switches off the parasymapthetic branch surpressing the anabolic hormones that allow you to repair, build and regenerate your body and all of its cells !

The answer is to balance the body and balance the autonomic nervous system which in turn balances your hormones. We must avoid becoming too catabolic (sympathetic). Counteract this energy utilisation state by including some energy-accumulating activities in your life. Unlike the ancient buddhist monks, at least in the modernised western world, most people struggle to see the role of activities such as meditation, tai-chi and yoga in terms of calming the body and allowing it to rebuild and repair (anabolic). But there's plenty of other 'Yin' things you can do if you feel meditation isn't for you: