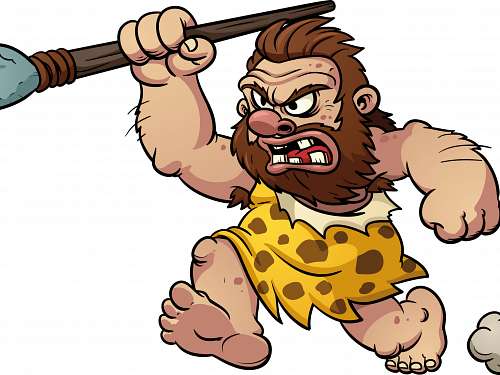 Within the Fitness Industry there are thousands of exercises and just as many theories on how to train, how to best keep fit and improve sporting performance. So which ones should we use ? The theory of generalised motor patterns stipulates that the human brain does not have adequate storage capacity to hold the myriad of motor programmes for every single movement for each muscle one person generates throughout a lifetime of movement. The brain, therefore, stores all of the individual movements a body generates (that display similar relative timing) as generalised movement patterns. For example, the brain has a 'kick the ball' motor programme and not a 'stabilise the torso, extend the hip, flex the shoulder then rotate the torso with flexion of the hip and extension of the shoulder' motor programme ! Hence the saying "train the movement not the muscles".

Research which supports this theory shows that isolating muscles by using fixed pieces of gym equipment as found in standard gyms (for example isolating the quadraceps on a knee extension machine) has very little carry-over to improving someone's ability to say jump higher. In contrast, by training a generalised motor pattern with similar relative timing, like performing a resisted squat, provides significant improvement in vertical jump performance. One highly recommended approach draws from the studies of evolution of humans and categorises these generalised motor patterns into the seven Primal Movement Patterns. As a result of selective pressures placed upon our bodies by nature, these movements have shaped our anatomy as we know it today, meeting the demands of evolution. They are the Squat, Bend, Lunge, Push, Pull, Twist, and Gait patterns. Each one of these movement patterns were necessary for our survival and without being able to perform any one or combination of these patterns meant our chances of survival would be severely diminished. 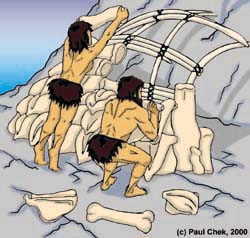 Cavemen had to squat to move heavy objects like rocks or logs to build shelter or an animal carcass to eat. Today, we still have to squat to sit on the toilet or a chair and to get in and out of cars. Many of us lift heavy objects as part of our job or in the gym. 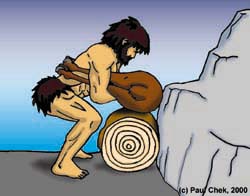 In order to prepare food, lift heavy objects and build shelter, early man would have used a bend pattern. Today, the bend pattern is most often used by builders, nurses, parents picking up their child and in sports like golf. A lot of back injuries occur nowadays because people can no longer bend correctly. 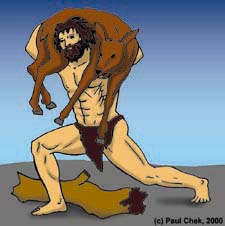 Lunging was an essential Primal Pattern for traversing rough terrain. In modern times, the lunge pattern can be seen in most sports and even in the work environment. In sports which require a throwing action, an inability to lunge or twist causes excessive forces in and around the shoulder joint inevitably leading to injury. With non athletes, failure to lunge correctly greatly increases your chances of falling when moving over uneven ground. 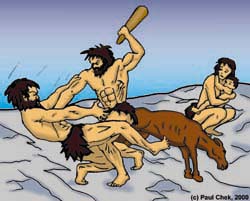 Pushing would likely have been one of the more key patterns in moving heavy objects to build shelter or to clear land and may have been commonly used to protect their community during fights with hostile neighbouring tribes. The push would also have been used to herd animals. The push pattern today is still widely utilised although some would argue it's used too much in the gym environment.

Once a caveman had downed a wild animal, it was unlikely that the creature would then follow him back to camp ! Our ancestors would have had to pull heavy loads, like animal carcasses to a safe place. As we evolved and began to travel over water, rowing became an important pulling pattern for several tribes. Nowadays we most commonly see the pull pattern in many sports and household activities. 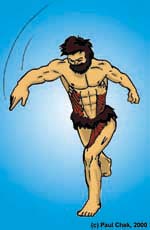 Twisting may well have been and possibly still is the most important of all the primal movement patterns because it is an integral part of most functional activities. Twisting is rarely a pattern in itself but is a catalyst pattern that has great influence on the efficiency of any primal pattern. For example, twisting is an essential part of throwing which would have been vital for hunting and protection. Bizarrely, the twist pattern is the least commonly trained movement pattern in conventional gyms today and therefore, not surprisingly, the most common source of back injury when incorrectly performed especially when combined with some form of bend. It's fairly safe to say that if you can't twist you'll inevitably pick up some type of injury eventually. 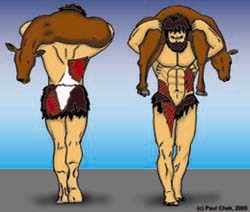 Walking, jogging and sprinting are variations of what is technically called gait. Each of us has a walking gait, jogging gait and a sprinting gait. As developmental beings, we generally used the most economical means of hunting and gathering because food wasn't readily available. With a kill on his back, a caveman would have to walk home over rough terrain. Jogging could have been used to travel long distances, perhaps when communicating messages to a far during times of battle or emergency. Whereas running from a tiger or enemy may well have required all out sprinting. Today, most of us continue to walk and a small population of us still sprint 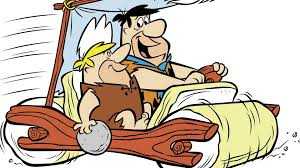 Today, we are nothing more than cavemen with fancy clothes, sitting at desks. Even though our lifestyle is very different from our developmental ancestors, these seven movement patterns are still key to performing daily tasks and staying injury free. In my 15 years of experience as a Personal Trainer I've observed many times that when a client cannot efficiently perform any of the Primal Movement Patterns at a level of subconscious competency, there are almost always injuries lurking if not already present and levels of sporting or occupational performance are reduced. In order to improve quality of life and/or performance, we must determine which Primal Patterns are most commonly used by an individual in their work or sports environment and assess their ability to perform these patterns. For example, a golfer tends to use the Bend, Twist and Gait patterns the most and would therefore hugely benefit from training these movement patterns in particular. Often, mostly in a sports environment or physical occupation, we see these primal movements in combinations. Together they allow us to perform highly complex skills. To be able to execute these more complex patterns accurately and to meet the demands of high level performance, it makes sense to first learn to perform each individual primal movement pattern and then integrate the patterns, one chunk at a time, to form the more complex skill.

As mentioned earlier, all of the Primal Movements are still relative to how we move and live our lives today, even if you aren't an athlete. If someone is looking to improve their all-round fitness and avoid injury they should base their exercise programme around all seven of these movement patterns. By doing so efficiently, correctly activating the core muscles and with good postural alignment you can almost guarantee that every muscle in the body will be utilised and therefore get a 'work-out', providing the most bang-for-buck with every session. 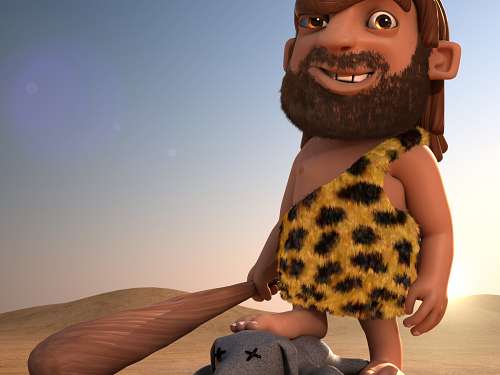 For more information on how to include the seven Primal Movement Patterns into your workouts, contact Bodyguards Fitness Service Ltd